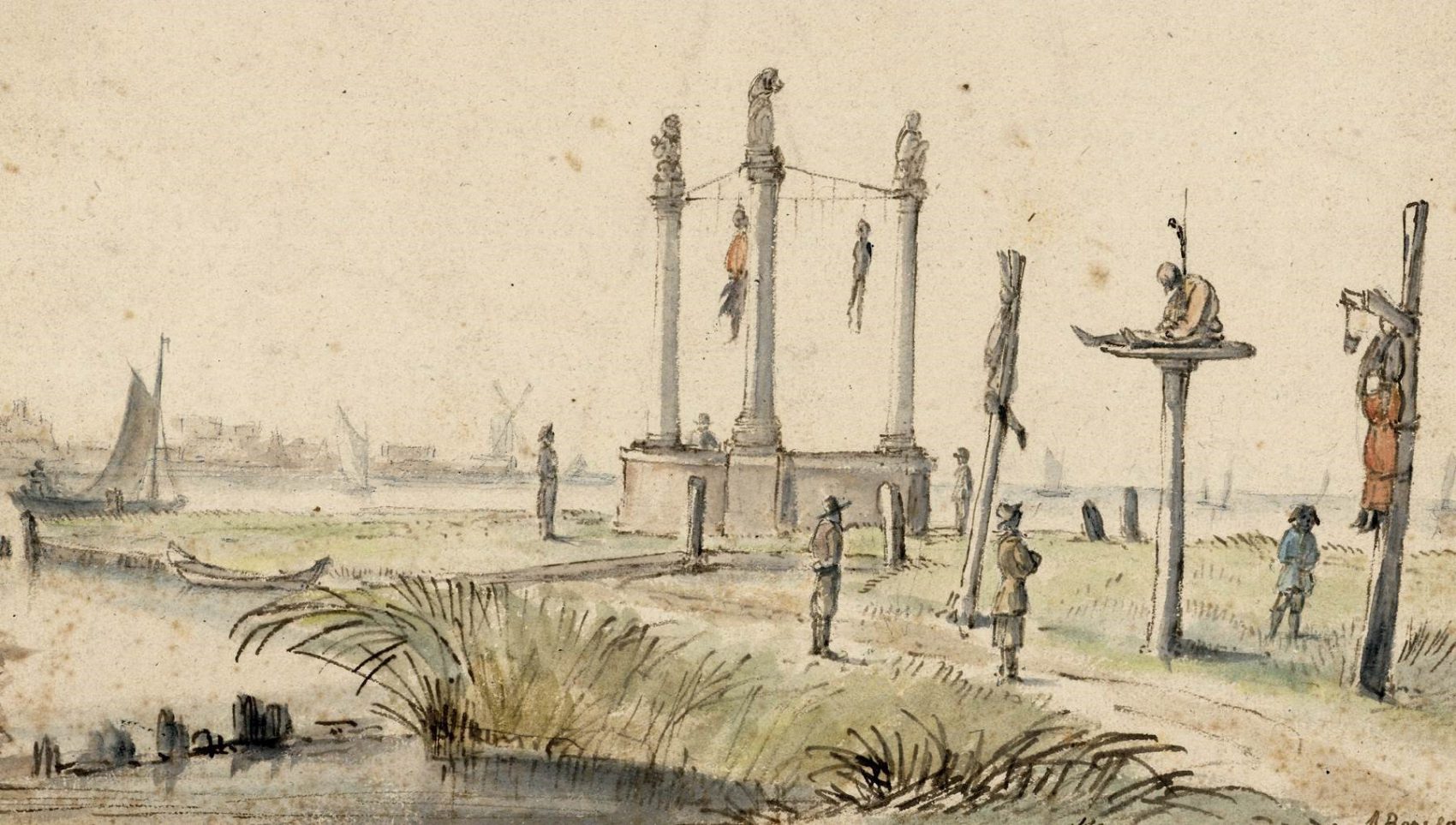 This week, Virginia abolished the death penalty as first southern US state, exactly 69 years after the last execution in the Netherlands. The capital punishment was already abolished in 1870, but during WW2 reintroduced by the Nazis. After liberation, the Dutch government decided to neutralize that law, but to make an exception for a few high-ranking Nazi officers and some Dutch collaborators. The government was afraid the population would take the law into its own hands. In total, 39 persons were executed by firing squad after the war.

This was always done in remote areas, almost in silence, to avoid a brutalising effect on society. That was the exact opposite in the past. Death penalties always took place on crowded squares like Dam square in Amsterdam and the Grote Markt square in Haarlem, usually in front of the city hall, right beneath the statue of the lady of justice. The bigger the audience the better. After the executions, the bodies were hanged on a field (galgenveld) usually at the riverside, and became birdfood. It had to scare off new visitors entering the city; ‘this is what we will do to you if you don’t behave’.