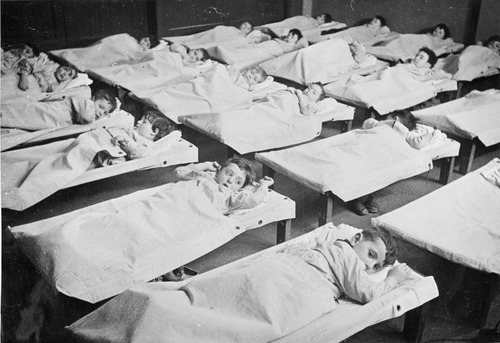 The Dutch resistance fighter Sieny Cohen Kattenburg passed away February 8, at the age of 94. During World War II, she was working in Amsterdam as a nurse in the crèche, across the Jewish Theater, where the Jews were collected before they were deported. Children were separated from their parents and stayed in the creche until they were put on the train together with their parents. With her colleagues, Sieny smuggled away children from this creche in garbage bags, laundry-baskets, empty milk-cans or by walking out the front door with a baby in their backpack, greeting the Nazi soldiers guarding the Theatre. The stories of these nurses are amazing. It is estimated that more than 600 Jewish children were saved by this resistance group. Nowadays the Theatre can be visited as a war memorial.